Retailers need to learn from fast fashion and stop blaming it on the weather man As high street stalwart Next creaks under the strain of warmer weather, Ben Latham, Client Services Director at Summit asks why retailers haven’t learnt their lesson. This week, Next revealed that it saw ‘disappointing’ sales between 26 October and 24… 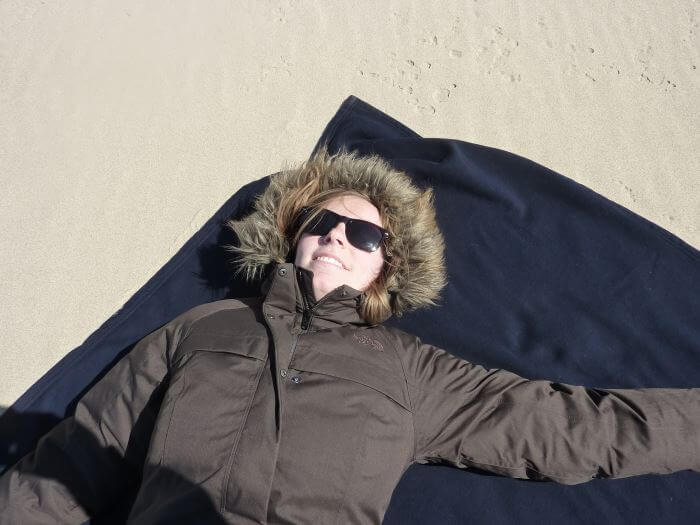 As high street stalwart Next creaks under the strain of warmer weather, Ben Latham, Client Services Director at Summit asks why retailers haven’t learnt their lesson.

This week, Next revealed that it saw ‘disappointing’ sales between 26 October and 24 December. Its trading statement pointed to the temperature being up by 2 – 4°c in the UK compared to the same period in the previous year as a potential reason for the poor performance.

In November, H&M said its sales in November had been damaged by ‘unseasonably mild weather’ across Europe and North America. And in early December, over-50s womenswear retailer Bonmarche issued a profit warning following lacklustre sales for the same reason.

However, as we know, it’s not the first time the UK’s high street has experienced a mild winter. So why have retailers failed to predict this and adapt their strategy?

With surplus stock for the likes of coats, jumpers and seasonal wear left behind – more traditional retailers, like Next, need to learn from their younger, faster counterparts.

Take Zara for example. Instead of widely dispersed and fragmented networks of suppliers, the group has many suppliers clustered around its headquarters in A Coruña, Spain, where designers and supply chain executives work closely together. That enables Zara to move from conception to display in just weeks. Sourcing closer to home is a potential option for some retailers, particularly those with own-label product, as it means they can cut the risk of ordering long lead time pieces in bulk, and instead, the best-selling garments can be topped up during the season.

Dead stock can be a killer for retailers, as each time it is repriced or moved it costs valuable manpower, time and money. Fundamentally, retailers must look to prevent over ordering, particularly on items that are heavily impacted by weather. But how is this achievable in a modern world where fashion labels fall over themselves to lead the season?

Multi-branded stores could look to renegotiate contracts with suppliers so stock swaps are available on lesser-selling lines. Short ordering in season is also becoming an increasingly popular option as it means less cash has to be tied up in stock purchased through large forward orders.

Boohoo, a dominating figure in the fast fashion industry, is located on the doorstep of a large wholesale district. Its model sees it buy a few items on a short turn around for delivery. If it’s gone it’s gone – and if it hasn’t, then there isn’t too much of it left hanging around. So if there’s a cold snap in February, they can quickly order in a style that Kim Kardashian is being papped in on the MailOnline – without worrying that it’s too late in the season.

However, sometimes avoidance of residual stock – is well, unavoidable – and retailers must reduce any excess stock they are left with.

The most important thing is to respond to any shifts in the weather quickly and efficiently. Clearly, online retailers have a strong advantage here. They can gear up to change the face of their homepages as soon as the sun starts shining, prepare to send a newsletter as soon as it starts raining and kick-start a promotion as soon as the first flake of snow hits the ground. Likewise, digital advertising campaigns can also be activated according to the weather. However, it is important to consider that while consumers do react to the weather as it happens, they also plan according to the weather forecast. We use a 10 day weather forecast to help us to predict consumer buying behaviour in advance, ensuring brands’ campaigns are sophisticated enough to adapt in response.

For more traditional retailers, there are buying triggers that can be planned around with a longer lead time. For example, as we move in to peak skiing season, there is great opportunity for retailers to shift any surplus winter stock. They key is to tap into data that can tell you exactly when shoppers are looking for these items. For example, looking at Summit’s data on online searches from last year, we can see that the big ticket ski jacket tends to peak just before Christmas, as shoppers look for presents and in the first week of January as the season commences. Ski gloves on the other hand peak in February, as the winter temperatures often reach their lowest in the UK.

For retailers, the challenge will always be managing the supply chain to adapt quickly, as well as understanding how to use temperature fluctuations to their advantage – rather than to their demise. Retailers need to take note of this year’s trading figures and make the changes necessary to avoid the weather man impacting on their bottom line once again this year.

This article was written by Ben Latham+
Director of Digital Strategy

Ben has overall responsibility for Forecaster and ensures its strategic roadmap is aligned with the needs of retailers.